In the beautiful Andes Mountains weather is hard to predict, in fact, it is not uncommon to experience all four season in one day! In general, Andes climate varies according to the altitude: the higher the altitude, the colder it gets.

On the Quilotoa Loop, the village of Isinlivi is located at the lowest altitude of 2800m, therefore featuring a warmer and softer climate than other villages on the loop. The villages of Chugchilan (3200m), and Quilotoa (3914m) are located in higher altitude areas where climate feels considerably colder, often with stronger winds and heavier rainfall, especially around the Quilotoa crater lake.

Especially in the villages Sigchos, Isinlivi and Chugchilan, you’ll often wake up to clear blue skies with spring-like weather during the day, year round. On most days, you can comfortably start your hike in a t-shirt and short trousers, but you’ll need a warm sweater and long trousers when winds and clouds start to roll into the valleys around 4pm or 5pm. The equatorial sun is very strong on the skin, so you should always think about skin protection, even when it looks cloudy.

Cold weather clothing is needed for high altitude hiking in the paramo and in case you are planning on mountain climbing. Also in and around the Quilotoa Crater Lake, weather is very unpredictable, often cold with strong winds. See our packing list for some indications as to what to bring.

To give some examples about temperatures on the loop. In Isinlivi, daytime temperatures range between 15C and 27C. After sunset, temperatures drop usually between 7C to 12C. Temperatures rarely drop below 7 C and do often go up to even 30C, especially in the dry season months. The warmest month is usually September, while February and March are among coolest months (around 20C during the day!). In Chugchilan, these temperatures drop with between 2 to 4 degrees, another drop in temperatures is experienced in the higher altitude of Quilotoa.

The Quilotoa Loop is located close to the Equatorial line so we enjoy 12 hours of direct equatorial daylight 365 days a year. There is usually a calm fresh breeze over the mountains throughout the year, while in August winds may be stronger. The air in the mountains feels very comfortable and is neither too dry nor too muggy, even when temperatures get to 30C. Snow is exceptionally unlikely to fall at any time during the year at this location.

The seasons on the Quilotoa Loop are defined more by rainfall than by temperature – we have a wet season & dry season. The rainy season lasts from October to May, and June through September is characterized by a warmer drier period. In the rainy season it won’t rain all the time, and most days start off with clear blue skies and lots of sun, so we recommend to start hiking in the mornings, and plan for a more relaxing activity in the afternoons. Rainy season is characterized by beautiful green mountains with vibrant colors – it’s the time when most crops come alive.

Latest articles from the blog 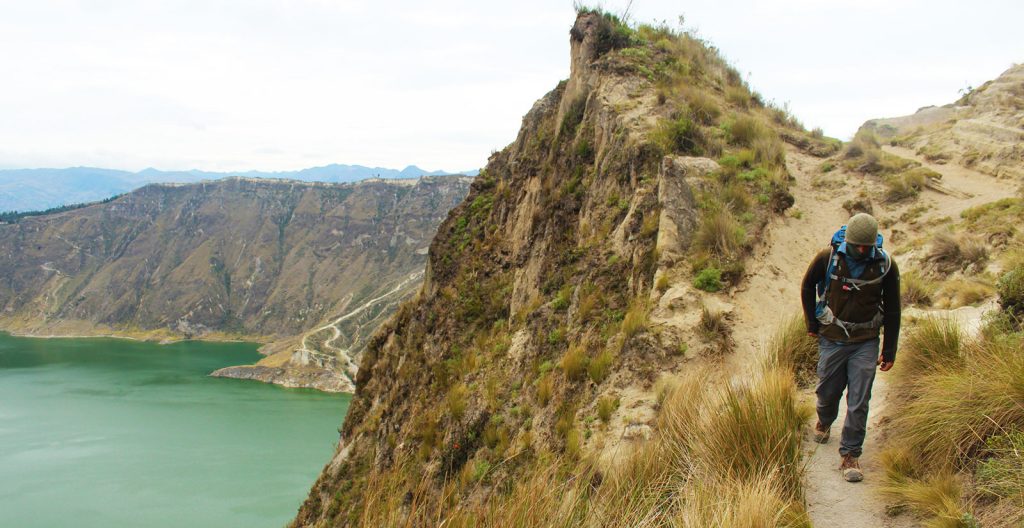 8 Ways to be more responsible on the Quilotoa Loop!

No plastic water bottles please: it is best to bring a refillable, so at each hostel you ask for a refill, which costs less than… 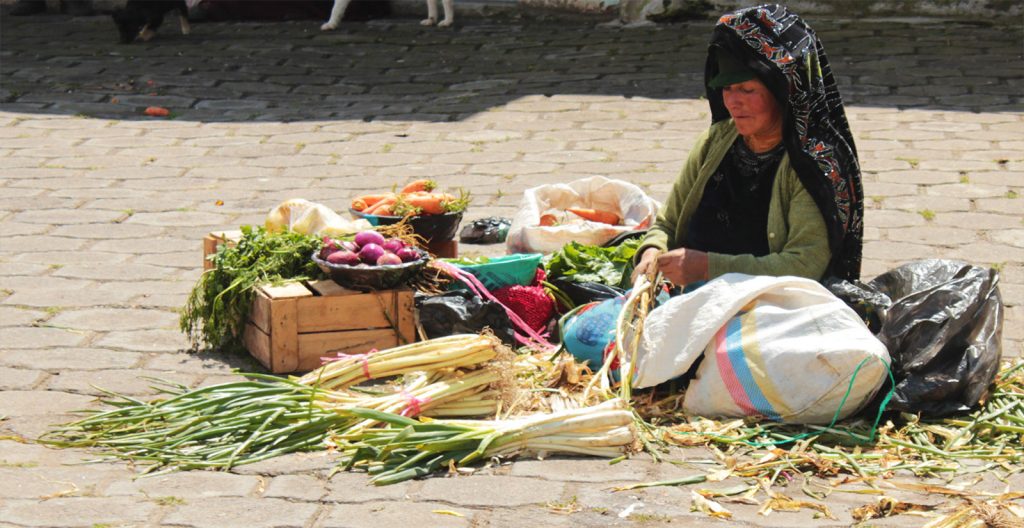 If you’re planning to visit the Quilotoa Loop, don’t forget to plan around market days for a more cultural touch to your holiday! 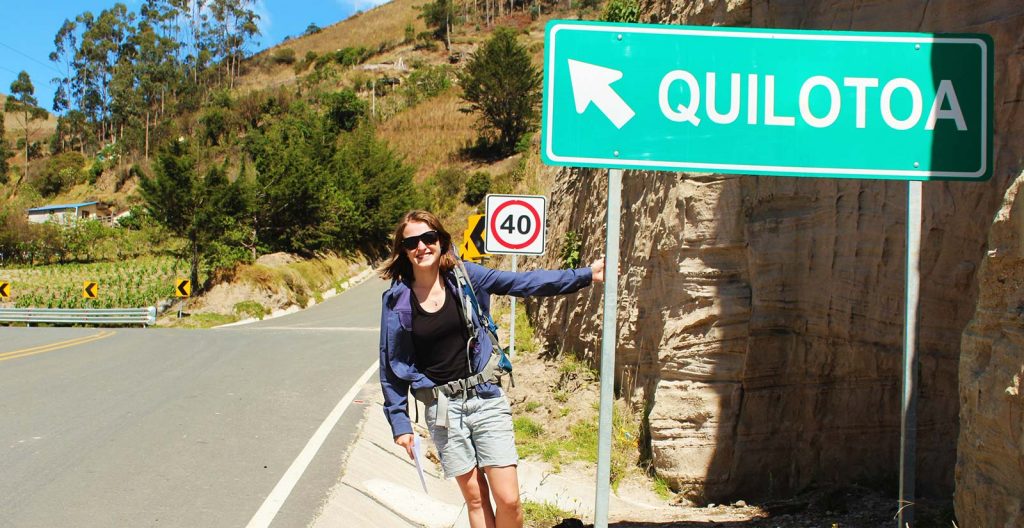 7 Things to Know Before Hiking the Quilotoa Loop

You need to bring cash: Part of the Loop’s traditional magic is that most villages contain only the bare essentials…